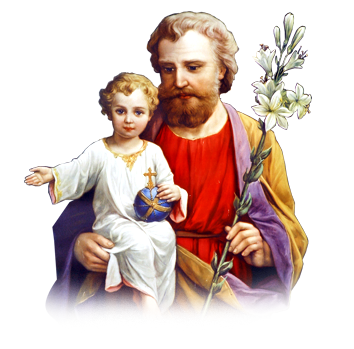 Every March, members of the I.A.C.C. come together to celebrate two saints adorded and admired by Italian Americans.

Following the mass is a brunch held in honor of these two saints with traditional featured on a St. Joseph's Table. 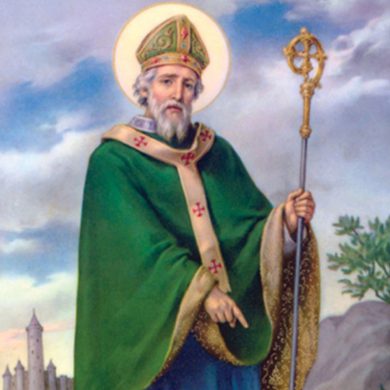 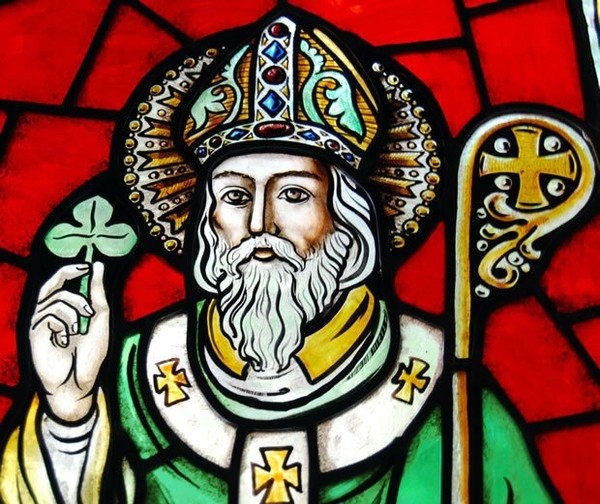 There are many legends associated with Saint Patrick, among the most famous were his use of the shamrock to describe the Holy Trinity and his banishment of all snakes from Ireland. While there is no evidence that either is true — the Celts already venerated the shamrock as a symbol of rebirth; and geology indicates that snakes never reached the island after the last ice age — the fact that these accomplishments are ascribed to Patrick is evidence of his powerful influence among the native people and the high regard in which they, and their culture, held him.

Little is known about Saint Joseph, as he only appears in three Gospels, and in limited references. Tradition holds that he was an artisan, a carpenter by most contemporary accounts. He was Mary’s husband, steadfast in the face of what must have surely been the difficult situation of Mary’s Immaculate Conception pregnancy.

The Gospel of Matthew tells us that Joseph was a righteous man. His actions toward Mary also revealed he was a kind and sensitive man. When Mary told Joseph she was pregnant, he had every right to feel disgraced. He knew the child was not his own, and Mary’s apparent unfaithfulness carried a very grave social stigma in their society. Joseph not only had the right to divorce Mary, but under Jewish law at the time she also could be put to death by stoning.

Although Joseph’s initial reaction was to break the engagement — the appropriate thing for a righteous man to do — he treated Mary with extreme kindness. He did not want to cause her further shame, so he decided to act quietly. Before he could act, God sent an angel to Joseph to verify Mary’s story and reassure him that his marriage to her was God’s will. Joseph willingly obeyed God, in spite of the public humiliation he faced. Perhaps this noble quality made him God’s choice for the Messiah’s earthly father.

The Bible doesn’t reveal much detail about Joseph’s role as father to Jesus Christ.  We know from Matthew, Chapter 1, that he was an excellent earthly example of integrity and that he passed on the carpentry trade to his son.  From the story of Jesus being presented at the Temple when he was six weeks old, in accordance with Jewish Law, we also know that Joseph raised him in the Jewish traditions and spiritual observances. Additionally, Luke told us that “ …the child grew and became strong; he was filled with wisdom, and the grace of God was upon him.”

Joseph is last mentioned in Scripture when Jesus was 12 years old in the story of the Visit to the Temple, [Luke 2:41-52], when Jesus accompanies Mary, Joseph, and a large group of their relatives and friends to Jerusalem on pilgrimage for Passover and becomes separated from his parents and they have to return to find him.

St. Joseph is the Patron Saint of the Good Death, as tradition says he took his last breath while in the arms of Jesus and the Blessed Virgin. His Feast Day, March 19th, is celebrated by Catholics, Anglicans, many Lutherans and other denominations.

He is the patron saint of a number of cities, regions and countries, including: the Americas, Canada, China, Croatia, Mexico, Korea, Austria, Belgium, Peru, the Philippines and Vietnam, as well as of families, fathers, pregnant women, travelers, immigrants, house sellers and buyers, craftsmen, engineers, and working people in general.

Quite a legacy for someone about whom we have only a few references in all of Scripture. 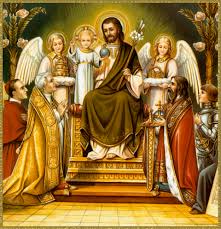 In Sicily, where St. Joseph is regarded by many as their Patron saint, and in many Italian-American communities, thanks are given to St. Joseph (“San Giuseppe” in Italian) for preventing a famine in Sicily during the Middle Ages. According to legend, there was a severe drought at the time, and the people prayed for their patron saint to bring them rain. They promised that if he answered their prayers, they would prepare a large feast to honor him. The rain did come, and the people of Sicily prepared a large banquet for their patron saint.

Upon a typical St. Joseph’s Day altar or table, people place flowers, limes, candles, wine, fava beans, specially prepared cakes, breads, cookies, and zeppole. Foods are traditionally served containing bread crumbs to represent saw dust since St. Joseph was a carpenter. Because the feast occurs during Lent, traditionally no meat was allowed on the celebration table. The altar usually has three tiers, to represent the trinity.

On the Sicilian island of Lipari, the St. Joseph legend is modified somewhat, and says that sailors returning from the mainland encountered a fierce storm that threatened to sink their boat. They prayed to St. Joseph for deliverance, and when they were saved, they swore to honor the saint each year on his feast day. The Liparian ritual is somewhat changed, in that meat is allowed at the feast.

Some villages like Avola used to burn wood and logs in squares on the day before St. Joseph, as thanksgiving to the Saint. In Belmonte Mezzagno this is currently still performed every year, while people ritually shout invocations to the Saint in local Sicilian anguage. This is called “A Vampa di San Giuseppe” (the Saint Joseph’s bonfire).

Saint Patrick, whose actual name may have been Qatrikias, was a 5th Century Romano-British Christian Missionary and Bishop in Ireland. Known as the “Apostle of Ireland”, he is the primary patron saint of the country.

Patrick was born in Britain and when he was about 16 years old he was captured by Irish pirates and taken as a slave to Ireland where he lived for six years. During this time, he became fluent in the Irish language and knowledgeable of the local culture.

Legend has it that after six years Patrick escaped captivity after hearing a voice urging him to travel to a distant port where a ship would be waiting to take him back to Britain. On his way back to Britain Patrick was captured again and spent 60 days in prison in Tours, France. During his short captivity within France he learned about French Monasticism.

At the end of his incarceration, he had a vision telling him to bring Christianity to Ireland. He returned to Ireland and, using the knowledge of Irish language and culture that he gained during his first captivity, brought both Christianity and Monasticism to Ireland. More than 300 churches were founded, and over 100,000 local people were baptized. By the seventh century Patrick had already come to be revered as the patron saint of the nation. 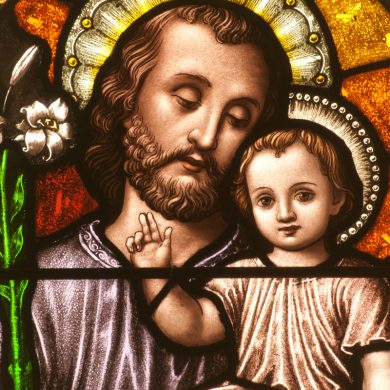 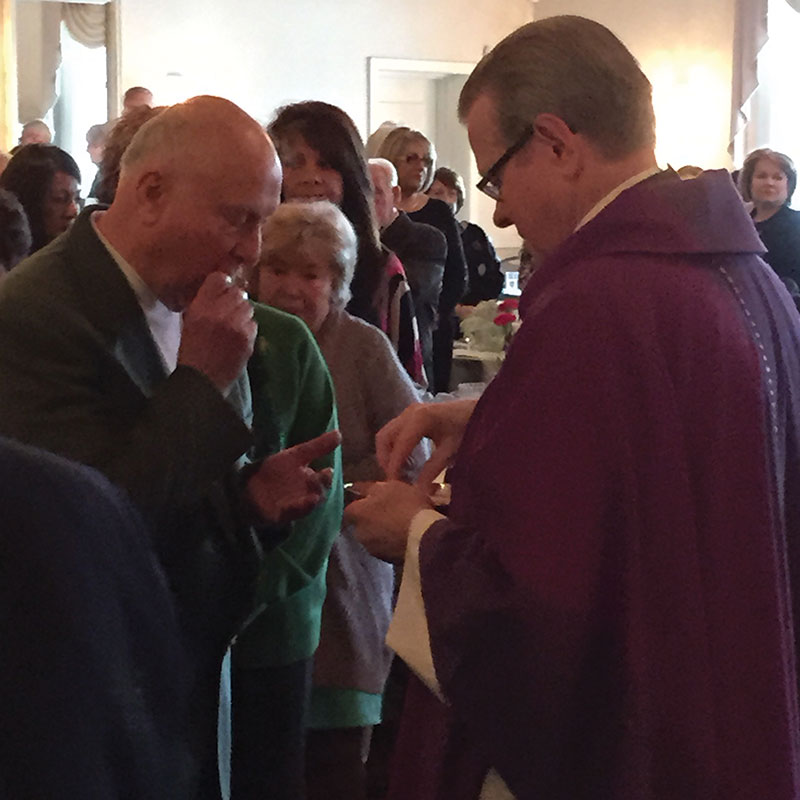 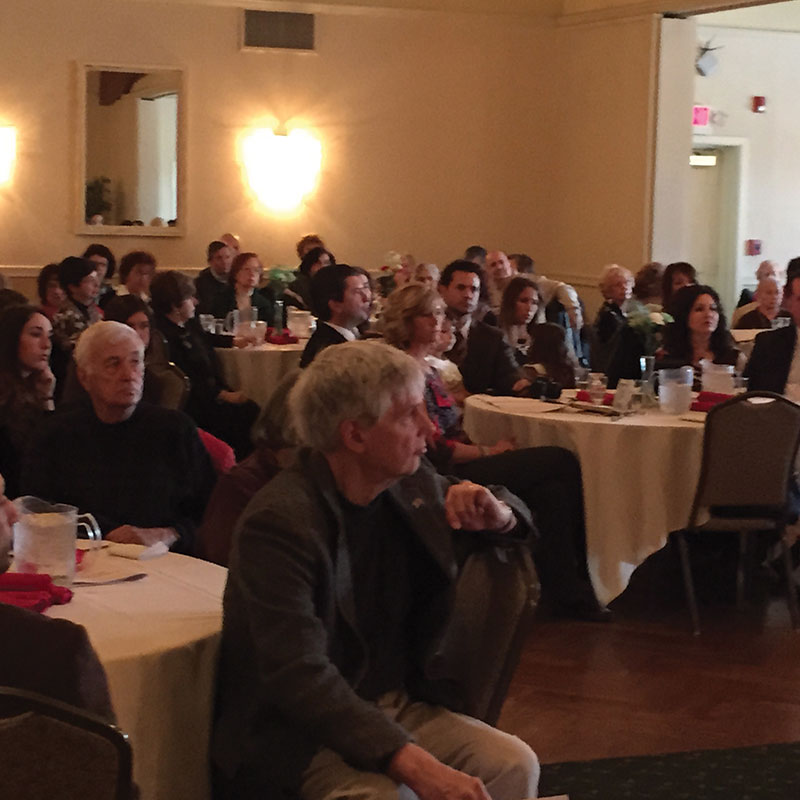 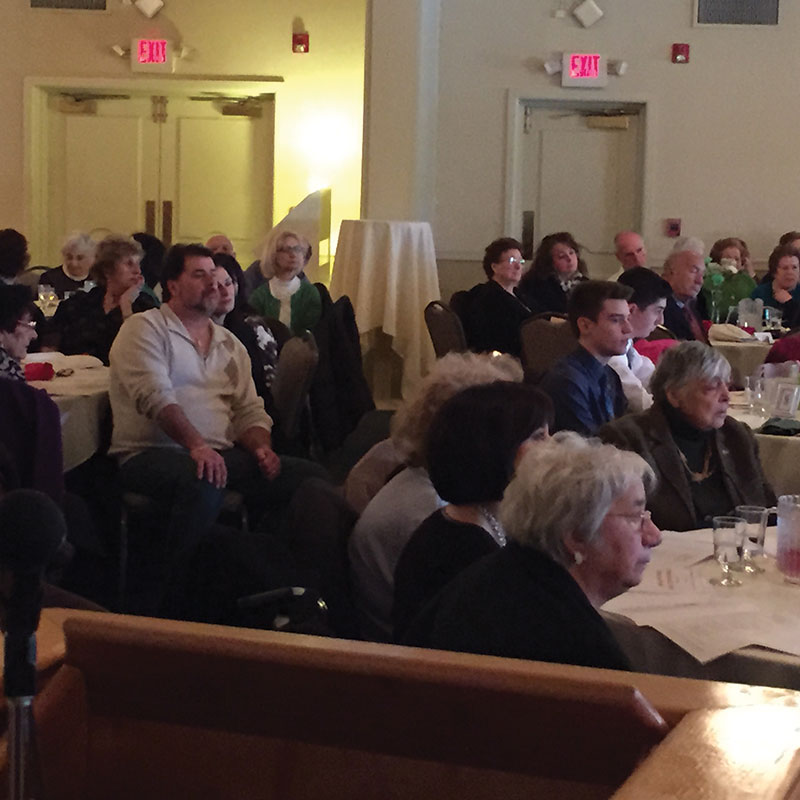 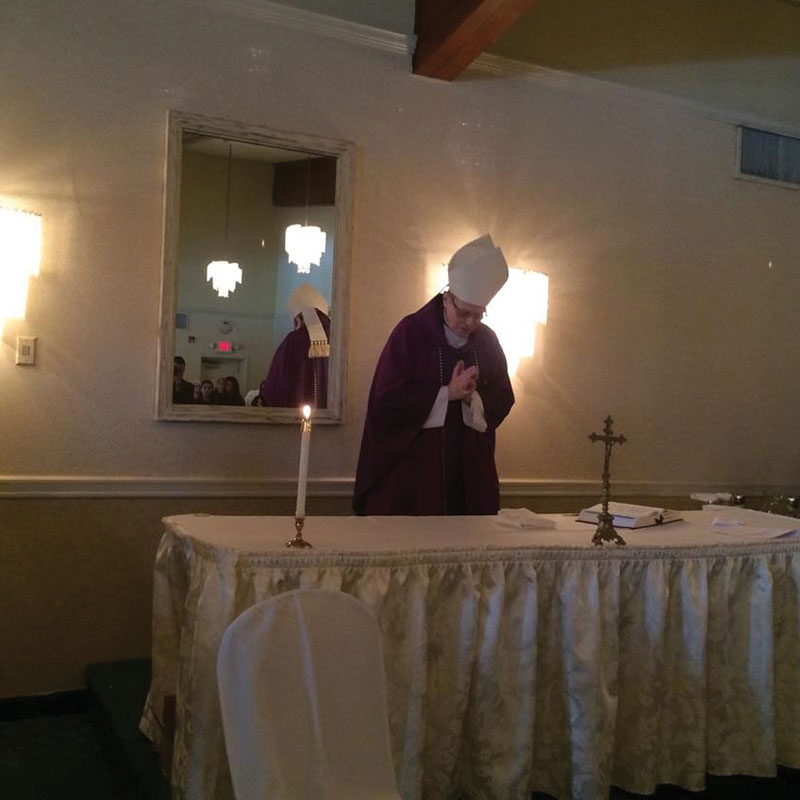 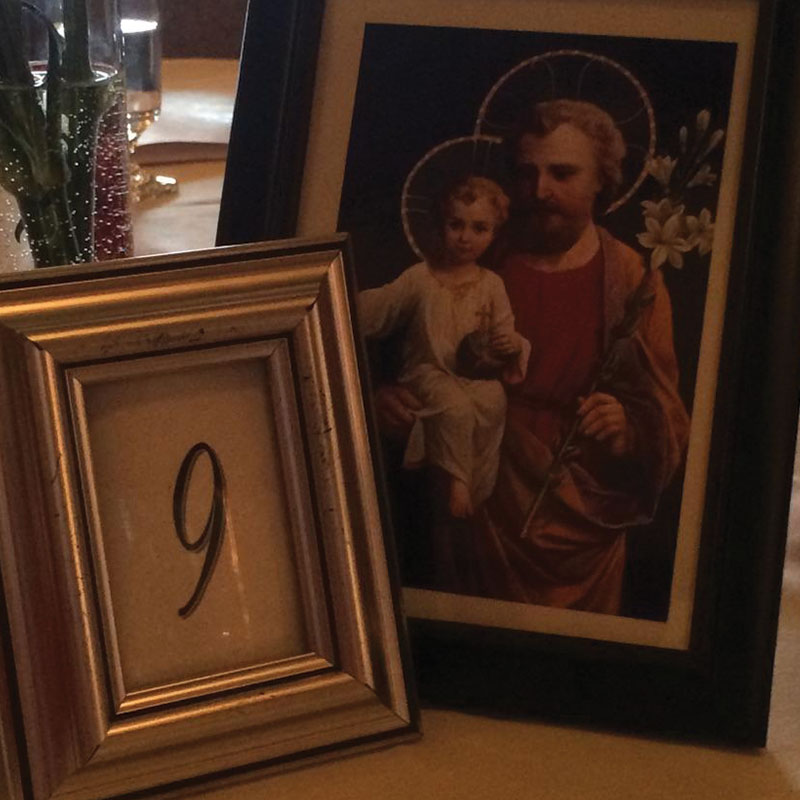 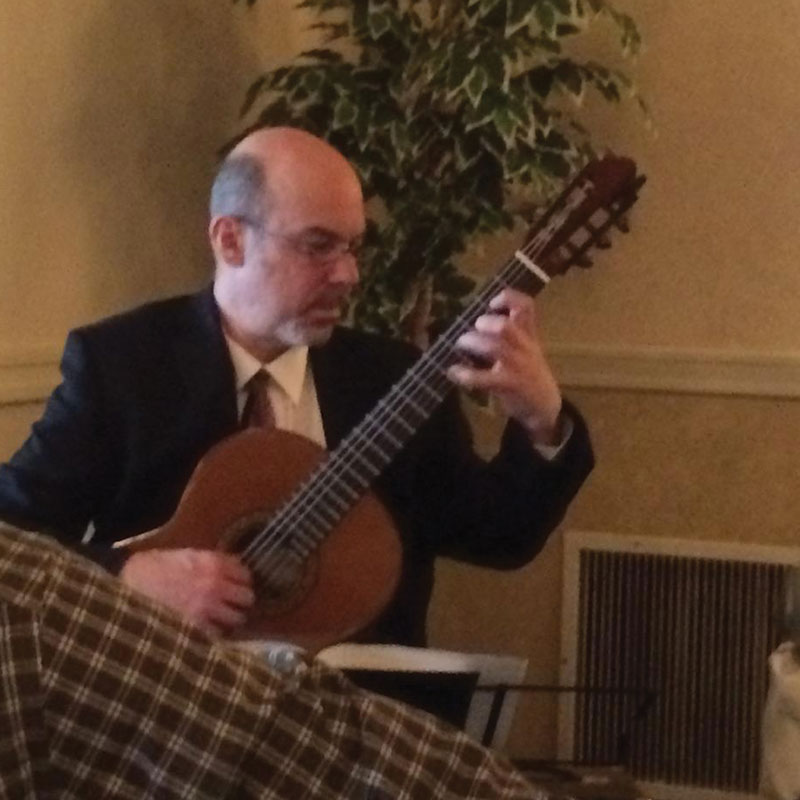